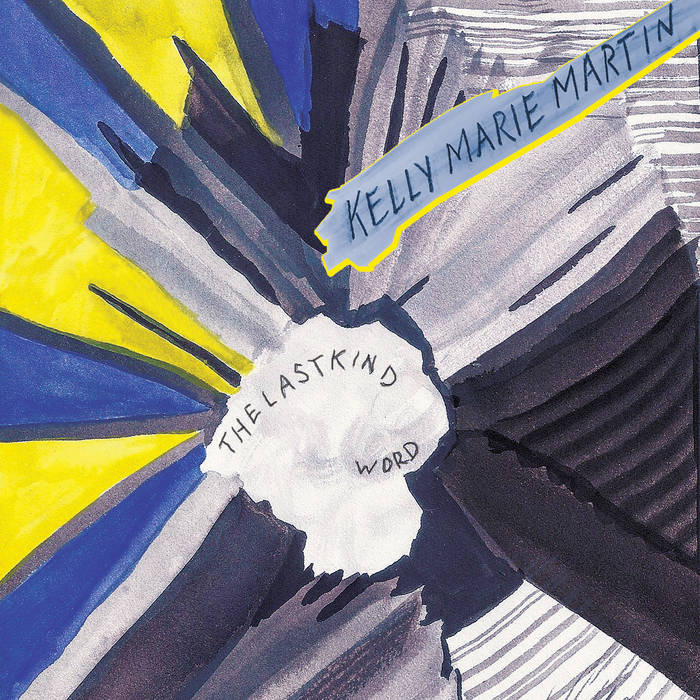 Recorded by Ben Townsend (Questionable Records) in Louisville, Kentucky in the autumn of 2016. Ben also played banjo, fiddle, electric guitar and bass and mixed the album. Additional instrumental and vocal contributions by Louisville musician and solo artist Cheyenne Mize. Harmony vocals on “Your Rockin Bow…” by Vermont musician Ida Mae Specker. A chorus for a chorus back added in LA by the 1642 Chorus of Wayward Booze Hounds and accordion contributed by Angeleno Erin Schneider. Mastered by Carl Saff Mastering. Produced by Kelly Marie Martin and Ben Townsend.

This is Kelly Marie Martin’s first solo album. As a friend said, “It’s a breakup record.” She used to write songs with that friend (Kelly and David as the Twilight Auguries). Kelly also used to make sound pieces, sound designs for video works. Until she got turned on to old time music - the deep and winding stream of American fiddle and banjo tunes and songs and her whole life changed. It happened to happen as she was falling in love. She married the guy and they had a band, an old time trio (Triple Chicken Foot) for over ten years. They did a lot of cool stuff, travelled, met some wonderful people and helped to grow a community of players and dancers in Los Angeles. Then it all fell apart. This is all splitting seams, threads laid bare to be expected. The dark rip ruptured. A marriage broken. No details here. Not necessary, it’s results this album.

A few of the songs were written in the inspirational cloud of learning to play old time music, a few while mired in the heartbreak (hail to dark chocolate, wine and weed!) And a few while at the Turkey Land Cove Foundation residency in Martha’s Vineyard in October of 2016. The sound interludes are a favored mode of working -- aural poetics. Ambient sounds captured while rambling round this world or by chance, hearing her uncle’s voice on an old film interviewing the McGee brothers in 1975 or asking the poet who had written a poem about the word “failure” to speak it for her. Add a little synth, some feedback guitar, these sound pieces work to weave the whole thing into one. Enjoy and hum. Thrive and strum.

Kelly Marie Martin plays old time upright bass, guitar and banjo. She is part of quintet Echo Mountain in Los Angeles and sits in when she can with SF’s Skillet Licorice and Old Time Machine.

This is her first solo album. Original songs written on banjo and guitar recorded by Ben Townsend, woven with sound pieces produced in her bedroom. All born of heartbreak, goodbyes and a new direction. ... more

Bandcamp Daily  your guide to the world of Bandcamp

Interviews With Butcher Brown and Slauson Malone, plus LP of the week by SAULT.